I Almost went to France

So About 5 years ago,the 16 year old version of me(who lived in haiti at the time)Almost got to go to France. I think i was in 10th grade at the time. And in my old school,the 10th graders got to go to a special trip abroad. Last year,i think they went to china. Gosh,what i would have given to go to china. At the time ,I was completly infatuated with japannesse culture

and if i went to china, that would have been the closest i would have been to japan. When i found out that china was off the menu this year, i was pretty disappointed but ...France ...that still some thing right. I mean its no ASIA but yeah still better then no trip at all. So when I asked my father...no i didnt ask i told him that I NEEDED to go to that trip.He just said nodded .

During a parent-teacher meeting, my father asked about it and let the school principle know that she could put my name down on the "deffinitly going" list. All we had to do was turn in the money and pick up some paperwork to fill out. The week i was suppose to be coming in with the money,

The earthquack happend(the one that happend in 2010 in haiti) *Sigh* And well yeah i didnt get to go to France. Bummer righ?

oh well, On the bright side....There is no bright side i didnt get to go. 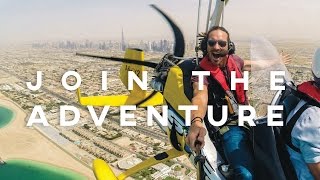